An everyday story of housing crisis 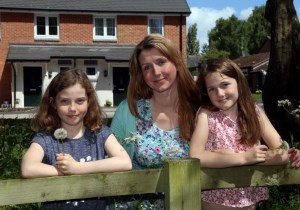 More than six decades after listeners became gripped by the fortunes of farming folk in The Archers, some of the radio drama’s best loved characters might be forced to leave the fictional village.

The real-life rural housing crisis has arrived in Ambridge. Young voices protest that they can’t afford to rent or buy a home in the village where they live and work. Meanwhile a proposed new housing development including affordable housing is greeted with alarm by others, concerned that it might change the culture of the village.

It is a situation being played out in rural communities across Britain and made all the more realistic thanks to the input of a housing provider with particular understanding of the challenges currently facing villages like Ambridge.

Housing Plus Group operates in the heart of the Midlands’ countryside, long-considered the inspiration for the imagined county of Borsetshire. Since 2012 the group has invested £20 million building additional rural housing, much of it in small, low-profile developments in local villages. Last year the not-for-profit group hosted a visit from Archers’ scriptwriter Keri Davies, who was keen to learn more about the difficulties faced by rural house hunters.

“We explained how rising house costs mean that many families are priced out of the market,” explained chief executive Sarah Boden. “That has a huge impact on facilities like the local school, the village shop and pub. When young people have to move away from a village to find their own home, the lifeblood of a community is lost. Without affordable housing, it is hard for villages to thrive.”

The current storyline sees Emma Grundy desperately hoping that new housing on Bridge Farm land might provide a home for her with husband Ed and their two young children. Village police officer Harrison Burns has been reluctantly viewing properties outside the area with his girlfriend Fallon, while retired farmer Joe recently faced the prospect of being homeless on his 90th birthday.

Not everyone in Ambridge welcomes new housing, though. Housing Plus Group took Keri to see one of its recent developments, underlining the need to work closely with parish councils to fully understand local housing need and consider objections. Some of the residents were also on-hand, welcoming the writer into their new home and sharing their own village history.

“The rural housing crisis is threatening the traditional village way of life,” said Sarah Boden. “We are really pleased that The Archers is reflecting the reality for many young people and families and hope that Ambridge families get the affordable housing they need.”

Housing Plus Group are a member of the Rural Housing Alliance